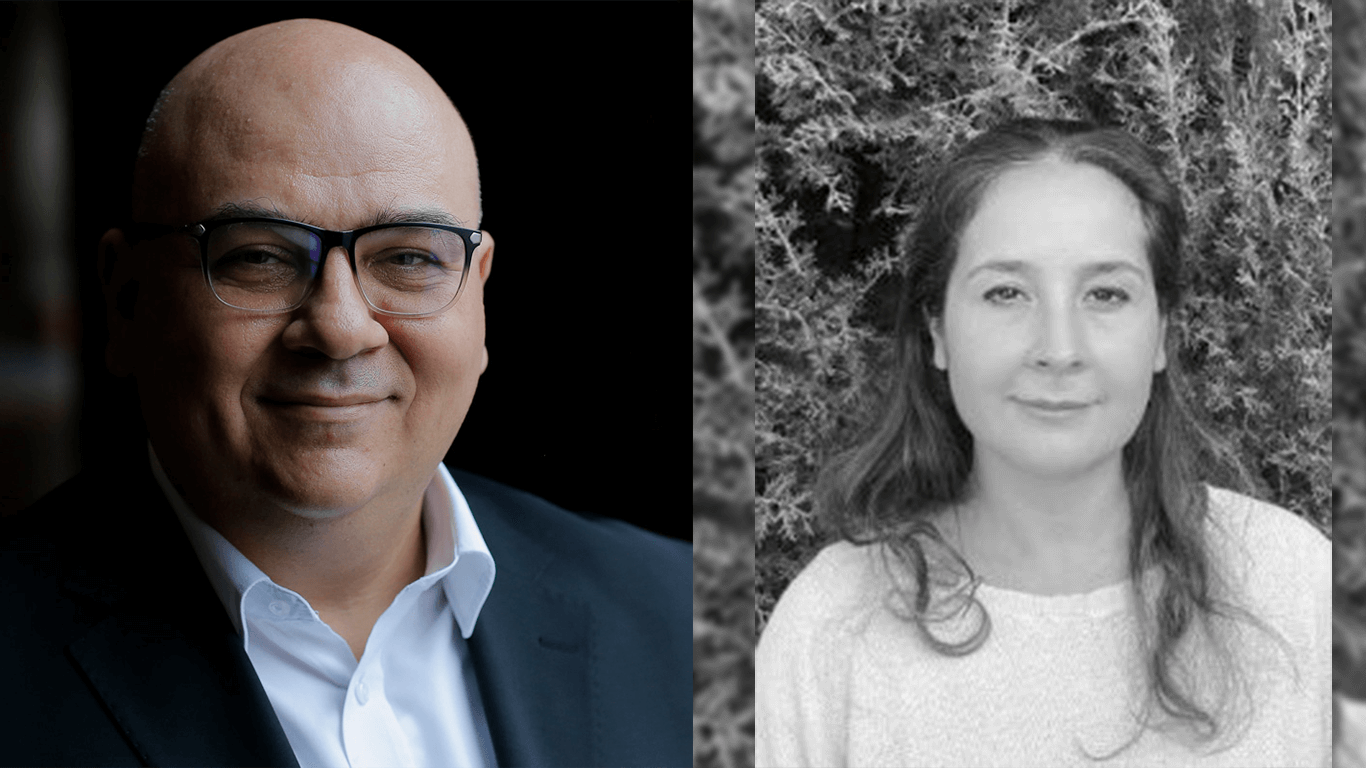 Emre Erdoğan and Tuğçe Erçetin on populism in Turkey

Tuğçe and Emre, in your research on populism in Turkey, you insist on the construction of a “we-ness” in order to mobilize voters. In today’s Turkey, who is the “we,” the people in the name of which Erdoğan claims to be speaking, and who are the Others, those excluded from the “we”?

Populist discourse produces antagonistic camps through positive and negative categorizations. Following the social identity perspective, we argue that the “we-ness” of populism underlines the in-group through the construction of a homogeneous group of the people and its identification with a leader. This category constructs victimization and superiority, appealing to commonalities and framing unification with an idealized entity and prototypical leader. In contrast to the bloc of the “good people,” the others” are seen as “evil” or “harmful” to the people’s values, lifestyle, and unity and include the political opposition, refugees, intellectuals, minorities, etc.

In today’s Turkey, articulating “we-ness” has various implications for constructing moral superiority and scapegoats. Appealing to commonalities, the Justice and Development Party (AKP) and its leader, Erdoğan, redefine conservative, native, and national images of the society by creating “reasonable” categories through Turkish and Muslim images. In general, this category represents the AKP bloc, although context matters to the definition of “we-ness.” One example: the constitutional referendum in 2017 bifurcated the country into two camps—the “no” vote and the “yes” vote. The AKP and its ally, the Nationalist Action Party (MHP), supported the “yes” vote; accordingly, the AKP added supporters of the “yes” vote to the “we-ness.” Likewise, the abortive coup of July 15, 2016 created the categories of “heroes” and “real people” from among those citizens who struggled against the coup plotters and responded to Erdoğan’s call.

The AKP’s construction of “we-ness” frames the common experiences, feelings, norms, beliefs, and lifestyle of a conservative and loyal segment of society. On the opposite side, the “other” bloc includes the opposition political parties (in particular the Republican People’s Party and the Peoples’ Democratic Party), media, academics, journalists, and civil society. The out-group is constructed using demonizing and securitizing language; this leads to the association of the “terrorist” label with this “other” bloc, appealing to the in-group’s uncertainty-induced fear and anger. For instance, the opposition is associated with terrorist acts, bombings, propaganda, and clashes that make it possible to imagine “others” as a threat within society.

In other words, we argue that Erdoğan homogenizes “others” through the use of this single category while defining the party as the “guardian of the people.” As a populist actor, he constructs “we-ness” by reference to common victimization and moral superiority; dissimilar “others” are understood as “dangerous” in this narrative of blame.

What role do Syrian refugees play in Turkish populist rhetoric? Are they othered to construct them as the enemy or is this approach confined to Turkey’s more traditional Others, such as Kurds, Armenians, and Greeks?

In Turkey, there is a traditional and ever-present anti-Kurdish hostility, and this has been deepened in recent years by the AKP-MHP coalition. The leaders of the pro-Kurdish political party, The Peoples’ Democratic Party (HDP), as well as its previous co-presidents, deputies, and mayors, are currently serving long jail sentences. A case has also been filed to get the party shut down. The AKP continues to see Kurds and other ethnic or religious minorities as the main “others” of the Turkish “people,” but does not include Syrian refugees in the enemy category. On the contrary, it employs a frame of moral superiority toward them and refers to them as part of “ensar culture” or using the descriptor of “brothers/sisters,” stating that Turkish people and Syrian refugees are united against the European policy of closing its borders—to Turkey as a potential member state and to Syrian refugees.

But Syrians have become the primary scapegoats of the opposition. The leader of the Republican People’s Party (CHP), Kemal Kılıçdaroğlu, who could not receive votes from provinces predominantly inhabited by Kurdish people, stated that if the party came to power, they would send refugees back within two years. In one assembly meeting, he shared his experience: “I went to a traditional coffeehouse in Şanlıurfa, wanted to see how unemployed people find a job. People sit there, a truck comes, and a man calls for 10-15 workers, then people get on the truck and go. When I asked an older man why he didn’t go, he said, ‘My family is large, and I need at least 120 Turkish lira; Syrians work for a lesser amount.’ He told me that Syrians work for 50-60 Turkish lira, which is not enough to support his family.”

You have been working at the intersection of place-based framings and populism. Has the AKP leveraged some geographical beliefs? How is that reflected in its campaigning?

The first relies on the construction of geographical perceptions related to the glory days of the Ottoman and Seljuk empires: APK is claimed to be the “heir to the Ottoman legacy.” Hence, the campaigns include references to Ottoman lands or highlight collective identity through references to specific place names. This narrative stresses the continuity of historical achievements and homogeneous values, seeking to expand the scope of the Turkishness framework by conflating Islam and Turkishness. Furthermore, claiming to be the “continuity or legacy of the Ottomans” allows the AKP to build a superior and positive image through nostalgic reference to the glorious achievements of bygone days. It is therefore unsurprising that the campaigns include manifestations of the Ottoman past, such as the Yavuz Sultan Selim Bridge or the Osman Gazi Bridge.

The construction of geographical perceptions also resonates with the spatial position and boundaries of the Middle East, determining the moral superiority of “we-ness.” The AKP frames its geographical position through superiority and victimization. It condemned the UN Security Council with the statement “the world is bigger than five,” which emphasized Turkey’s role as a challenger of the great powers. It also plays on the perception of discrimination against Muslim groups in the international arena, particularly within the European Union, which the AKP criticizes for its Islamophobia, xenophobia, and exclusionary approach.

The second narrative is about place satisfaction, i.e., the perceived quality of spatial meanings in relation to needs and services. Conditions and opportunities are constitutive of place attachment, strengthening ties between the leader and the audience. Articulation of the party’s achievements reflects ideal rule that fulfils the needs of the people. This narrative is overwhelmingly used during electoral campaigns. These messages highlight the services that the AKP has provided to the people: hospitals, educational opportunities, agricultural support, housing, improved railways, bridges, roads, airports, mosques, national garden tunnels, high-speed projects, etc.  Place satisfaction frames a positive view of the “savior leader,” showing that the party is making progress for the people and the country by transforming the country’s physical space.

Lastly, AKP leaders construct idealized geography through a spatial imaginary that designates a “reasonable” in-group. Our article scrutinizes the Rabia sign; a black hand over a yellow background holding four fingers up. Meaning “four” in Arabic, the sign was used by supporters of the Muslim Brotherhood in Egypt following the removal of Mohamed Morsi. In the Turkish context, it became representative of Islamic unity in framing moral superiority and criticizing Western values. The sign is said to symbolize a unitary spatial pattern: “one nation, one flag, one homeland, and one state.” Likewise, appealing to religious similarities constructs a homogeneous image that sidelines non-Muslim groups. In short, AKP leaders discursively construct a geographical legitimacy: Ottoman references, Ottoman territories, and institutional people-centric services frame the collective “we”. In a similar way, messages about international operations reinforce the party’s image as the “protector” of the place and its people.

Populism is often described as focused on traditional masculinity, yet a growing number of female politicians claim to hold populist or nationalist positions. What is the place of populist female leaders in Turkey today? Do they occupy specific niches, with targeted audiences and narratives?

Although the number of female politicians is increasing, opportunities for them remain limited. Turkish political history has not been favorable to female leaders, with the exception of actors in the Kurdish movement and the first female prime minister, Tansu Çiller. The scholarly literature shows that populist female leaders are characterized by features such as an aggressive tone, masculine attributes, stubbornness, and the use of family references. Comparative cases both within and beyond the European context should be investigated to explore populist narratives and examine how female populist leaders frame the core content of populism.

In Turkey, Meral Akşener and her newly formed İYİ Party (the Good Party) provide a good example of a woman-led populist movement. Meral Akşener is on the center-right of the Turkish political spectrum and has made her nationalist sentiments known since the beginning of her political career. She is by no means a political outsider, having previously served as Turkey’s first female Minister of the Interior. During the 2018 election campaign, the straight-talking presidential candidate was known as “Meral abla” (sister Meral).

Her narrative relies on people-centrist statements that appeal to the economic uncertainty that people are facing. As a presidential candidate, she proposed a “citizenship salary” for unemployed youth or a “solidarity fund of Turkey.” Her focus on people’s economic challenges and advocacy on behalf of “unemployed citizens” helped to distinguish her from the establishment. So too did her criticism of incumbent elites’ corruption and luxury lifestyles, expressed through her discursive opposition between “children of ministers” and “children of the nation.” Her populist narrative targets the ruling party with economic grievances, which overlap with nativism, producing exclusionary rhetoric toward Syrian refugees. She has promised voters that she will send refugees back, stating, “People become happy in their homelands. We will send them to their homeland.”

My last question is more conceptual. Our Program is called the Illiberalism Studies Program. Is liberalism per se presented as the enemy by the APK and other populist parties? Are they Turkish intellectuals who develop illiberal or post-liberal theories? Or would you say that populism or nationalism better describe the APK?

The party entered politics by presenting itself as a conservative democratic or Muslim democratic party and has never challenged economic liberalism, which is seen as necessary to negotiations with the European Union. Scholars have defined AKP rule using a variety of different terms: neoliberal, nationalist, electoral authoritarian, conservative democratic, Islamic, religious, populist… Of those concepts, populism seems to us to be the best fit. Since 2002, the AKP has been ruling the country by emphasizing the distance between elites and the people and criticizing the establishment for its assimilation policies, pressure on conservative beliefs and lifestyles, and corruption, as well as for widespread poverty in society. Voicing the grievances of “the ordinary people,” AKP denounces both internal enemies—such as ethnic or religious minorities and Kemalist elites—as well as external enemies such as the European Union, so it employs the “us versus them” framework that is core to populism.

Prof. Emre Erdoğan is the Head of the Department of International Relations at Istanbul Bilgi University. With a doctoral degree in Political Science from Boğaziçi University, he has served as researcher and senior consultant in various projects in academia and civil society. His research focuses on political participation, foreign policy and public opinion, child and youth well-being, methodology and statistics. He extensively studies and publishes about youth in Turkey, integration of Syrian refugee youth in Turkey, othering, polarization and populism. 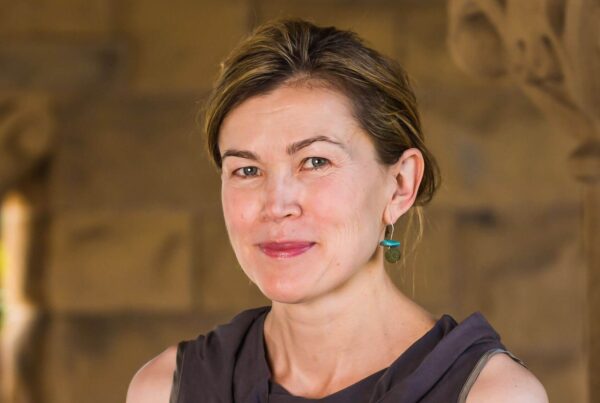 Anna Grzymala-Busse on the different contexts of populism 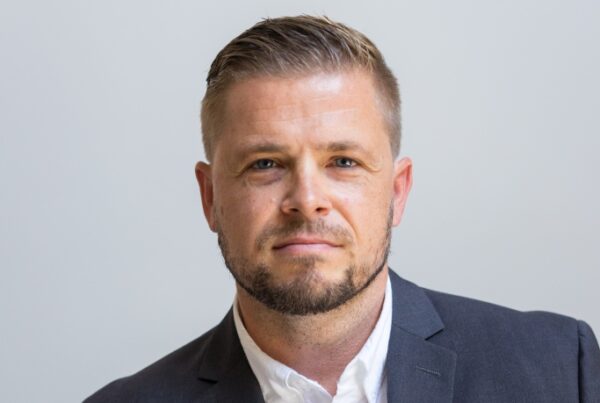 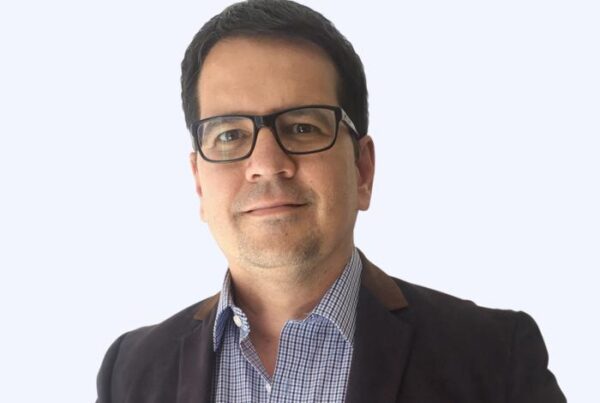