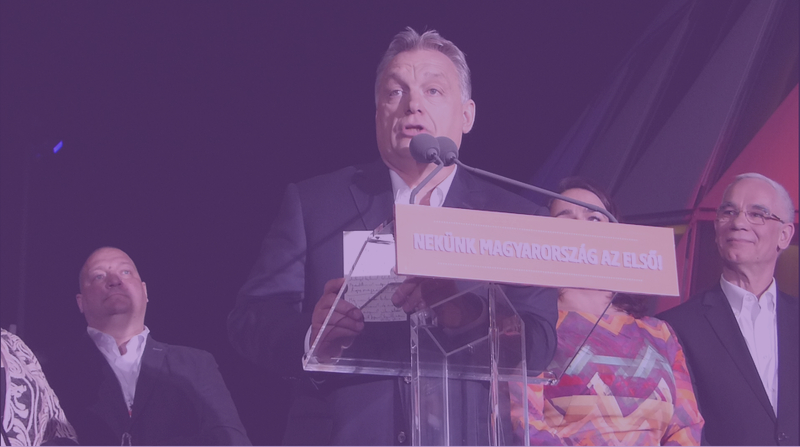 Photo: “Election 2018 in Hungary. Taken on the 8th of April, 2018, around 23.35. Bálna, Budapest. Orbán Viktor announcing the victory of the FIDESZ party.“, by Elekes Andor licensed under CC-BY-SA-4.0. Hue modified from the original

The Hungarian government is currently dominated by two rightist parties, Fidesz and Jobbik, drawing comparisons with Hungary’s interwar period. The term “populism” dominates (neo)liberal media discourse, pointing to the rise of antiestablishment parties, usually on the right (but often providing a critique of neoliberalism) and sometimes on the left. What can we learn by examining what was called populism in the 1930s and today, in Hungary, or more generally? This chapter approaches this question via the Hungarian népi (folk/populist/popular) movement in the context of global economic crisis following the stock market crash of 1929, and the radical shifts in the organization of territories, peoples, and borders in the making of new nation-states in this region after World War I. A comparison between political questions in Hungary over time gives us valuable insight into how to think about the work of “populism” and antipopulism in the making and unmaking of hegemonic blocks.