COVID-19 and the Russian Far-Right: No-Mask, No-Vax and the Fear of Tsifrovizatsiia

By January 22, 2021, there had been 3,620,000 total COVID-19 cases registered in Russia, but there are reasonable hypotheses and data that suggest that the true number of victims is higher. Rosstat (the Russian state statistics agency) is reporting more scary numbers, confirmed by vice-premier Tatiana Golikova: there were 229,700 more deaths between January and November 2020 than in the same period of the previous year, with more than 81% of the growth in mortality during this period attributable to coronavirus.[1] The development of the Sputnik V, which will soon be followed by other two vaccines, is not only a medical issue, but a matter of prestige that helps improve Russia’s image abroad. Every registration of Sputnik V in other countries is reported by the federal press. At home, the Russian government plans to put more than 2.1 million doses into civilian circulation by the end of January and there is massive media coverage of vaccinations.

But fear of digitalization (tsifrovizatsiia), COVID denial, anti-mask and anti-vaccination views are also present among some segments of the society. The Russian far-right shares the fears and conspiracy theories promoted by fellow movements, from the QAnonists in the US to the former Forza Nuova in Italy, and has been actively promoting anti-scientific narratives among Russian society.

During the first months of the coronavirus emergency, a scandal exploded inside the Russian Orthodox Church. At the end of April, the Yekaterinburg eparchy decided to forbid the celebration of mass by Sergii (Romanov), a charismatic monk who has an important audience in the region and in Moscow. Father Sergii—who is famous for scandalous behavior like calling for an exorcism at the Lenin Mausoleum, and rumored to be the spiritual father of Nataliia Poklonskaia, the muse of monarchist and reactionary movements—had released a YouTube video in which he called the coronavirus pandemic a hoax and strongly condemned the closure of churches, warning that “whoever encroaches on the churches, may he and his entire family be cursed!”

The video was removed from YouTube and the ROC hierarchy feared the consequences of Sergii’s words. But this did not stop the monk, who posted another message, entitled “Pandemiia neveriia” (Pandemics of Distrust), in which he denounced the “vaccine conspiracy,” stating that “Bill Gates cynically, openly declares that it is necessary to reduce over 90% of the world’s population” and accusing Sberbank CEO German Gref, premier Mikhail Mishustin, President Vladimir Putin, and Chief of Presidential Administration Alexey Kudrin of collaborating with this plan. Sergii incited Orthodox believers to “take to the streets: they cannot arrest you all. Defend your future—the voice of the people is God’s wrath. The satanic leadership and the deputies openly talk about chipping through vaccination—that is, about voluntary consent to suicide and eternal torment.”[2]

The microchip conspiracy theory is a constant refrain in Sergii’s messages, part of a broader apocalyptical narrative that the monk has adopted in recent years as his views have become ever more radical. In 2019, Sergii declared that the Antichrist would come from Russia and would look like Putin’s doppelgänger.[3] This deepened the conflict between the Church hierarchy and Sergii, who, against the orders of the Moscow Patriarchate and at the head of a group of armed followers (many of whom had recently participated in the war in Donbas), took over the female monastery at Sredneuralsk. From the monastery, the monk incited his followers to burn 5G towers, which he dubbed “the death towers,” alleging that they spread coronavirus and other diseases, especially in Moscow and St. Petersburg.[4] Sergii and his followers were arrested on December 28, 2020, after the OMON, the Russian police’s special forces, stormed the Sredneuralsk monastery.[5]

The idea that coronavirus is an artificial pandemic manufactured in a laboratory on the orders of a globalist elite is common among members of the Russian far right. The following comments made last spring by Orthodox oligarch Konstantin Malofeev, who in 2020 launched the Tsargrad Society as an ultra-nationalist political movement (and a rebranding of the older Double-Headed Eagle Society), epitomize far-right conspiracy theories on the topic:

The second fact: in October last year, “Event-201,” a simulation game of the kind our Western colleagues love, was held at the private Johns Hopkins University. It was not just about an epidemic, but about the coronavirus and the potential eight million cases in the world. That was last October, and in December this story began in Wuhan.

The third fact is connected with a private organization: the Bill and Melinda Gates Foundation, which funds the World Health Organization (WHO), since the U.S. authorities have refused to. Moreover, the Gates Foundation gives the WHO more money than any other country in the world, while the Gateses themselves, and this is no secret, have great interests in the pharmaceutical field.[6]

Malofeev, who subsequently contracted COVID-19, repeatedly expressed his skepticism about the pandemic, calling it “kovidizm.” In October, the tycoon announced on his Telegram channel a roundtable with medical workers and specialists in order to understand which kind of measures are most effective for fighting coronavirus—because, he wrote, people with no medical education decide what must be closed or not.[7]

This announcement was not only a vague attempt to attract attention: in late 2020, the Tsargrad Society, together with other extremist political groups, launched a campaign against massive vaccination and mask mandates and organized a meeting at the Moscow building of Rospotrebnadzor (the Federal Service for Surveillance on Consumer Rights Protection and Human Wellbeing), insisting on having a private hearing with the head of the agency, Anna Popova.[8] In the VKontakte group of Obshchenarodnyi Soiuz Vozrozhdeniia Rossii (All-People Union for Rebirth of Russia), one of the VKontakte groups that organized the meeting, a participant summarized the meeting by saying that “they [the authorities—GS] really want to ‘inject’ us and introduce an unknown composition into our body. And these are medical experiments on humans, which are prohibited by law.”[9]

Nor was the Tsargrad Society the first to oppose the vaccine. Tsargrad TV, the media arm of Malofeev’s holding, had already done so. In one article attacking Gref and Sberbank, the far-right outlet questioned various speakers’ remarks about testing the vaccine on volunteers, stating that “experts doubt that this is voluntary participation. Rather, the opposite is true. Especially when you consider that, in fact, first the vaccine is tested on animals, and Sberbank is ready to test it immediately on humans.”[10] The article was subsequently removed from the site after Tsargrad TV was admonished and fined by a Moscow tribunal in July for having misinformation on COVID-19 on its site, but it is still possible to find it quoted on other far-right sites.[11]

“Momfluencers” against Online Education and Vaccination: The Moscow Parental Movement

Tsifrovizatsiia, the digitalization of many aspects of public administration, education, and economics with which individuals interact in their daily lives, has long been an aim of the Russian government, appearing on its agenda since the late 2000s. The pandemic occasioned a dramatic and rapid move to online methods, especially on the part of schools and universities, which shifted their activities online and remained that way for much of 2020.

But tsifrovizatsiia is also an old far-right bogeyman. Agitation against digitalization, if marginal before 2020, has now united with the anti-vaxxers and anti-maskers, finding new followers and allies. Father Sergii is an old enemy of digitalization, and in one of his sermons in 2019 attacked the SNILS (individual insurance account number) and INN (identification number of taxpayer) systems as satanic classifications of people. The monk stated that “a numbered person can easily be disconnected for any reason or in the event of a network failure from life support systems such as medical care, social security, buying or selling, and so on. At the same time, the person himself can easily become an item of purchase or sale. An electronic donor organ tracing service is already operational in Russia.”[12] In a June 9, 2020, video posted on YouTube and VKontakte entitled “Who Is Preparing Slavery in Russia?”  Sergii appealed to the Russian people against Moscow mayor Sergey Sobyanin, Putin, Mishustin, State Duma and Federation Council members, asking followers to write pleas on authorities’ “satanic” plans to the police and FSB.[13]

An unexpected audience for far-right COVID-19 conspiracy theories emerged during the final months of 2020, when the second wave of the pandemic hit Russia, and especially Moscow. In the capital, a group of dissatisfied parents organized themselves into the Movement of Moscow Parents (Obshchestvennoe dvizhenie “Roditeli Moskvy”) led by Ilona Menkova, a staunch opponent of online education. The organization is primarily visible on social networks, particularly Facebook and Instagram, where its content ranges from anguished posts on the difficulties suffered by children during online classes to comparison of the epidemiological measures with Nazi concentration camps.

The organization even quotes dystopian literary classics such as Brave New World by Aldous Huxley to mobilize parents against not only online lessons, but also vaccines and masks. The “momfluencers”[14] are active in sharing fake news, exploiting the normal instincts of motherhood and defense of children to spread anti-scientific positions: a post on December 29, for instance, linked to an article published by RIA Katiusha, a news agency close to the ultra-nationalists, that claimed that the vaccine was made with human materials.[15] Official opposition parties, like Just Russia and the Communist Party of the Russian Federation, have supported the Movement of Moscow Parents, providing institutional cover for the convocation of rallies and meetings: the most recent one, on November 21, was attended by hundreds of citizens and various political organizations, including State Duma Communist MP Valerii Rashkin.[16]

The return to in-person classes on January 18 was hailed as a victory by the movement, but fears about tsifrovizatsiia and vaccination are far from having been resolved, and alarmed parents provide fertile soil for far-right conspiracy theories.

Conclusion: Will There Be a Far-Right Anti-Vax Campaign in Russia?

According to research conducted in September 2020 by a team based at the Higher School of Economics, 30% of Russians deny or minimize the coronavirus pandemic.[17] These data are based on a sample of 9,000 respondents, but seem to be representative of phobias and views present in numerous layers of Russian society. There have been no further studies on the topic since September, but as we have seen, denialist and conspiracy theories are present and disseminated on social networks and in the media.

The launch of a massive vaccination campaign in January, with the goal of distributing 2.1 million doses by the end of the month,[18] and the reopening of schools are two crucial factors in determining whether the far-right anti-vax discourse will become hegemonic in society. Even if vaccination is not mandated, many professional categories and jobs will be required to undergo it, and if the campaign is extended to the schools, it will be interesting to see how the public reacts. The Russian extreme right, which is trying to establish its presence on the public scene in advance of the State Duma elections in September 2021, will have to decide whether it want anti-vax positions to become a key item on its electoral agenda.

[14] i.e., mothers who are active on Instagram and Facebook as influencers. For a reflection on this term, see Augusta Dell’Omo and Ashley Mattheis, “Right Rising: The QAnon Conspiracy and Momfluencers,” Right Rising (podcast), October 27, 2020, https://rightrising.fireside.fm/episode6, accessed January 26, 2021. 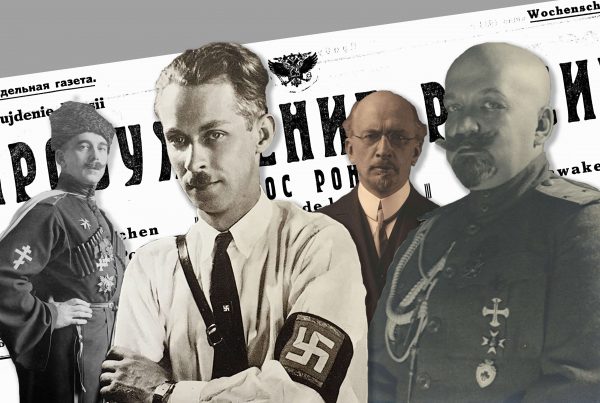 Stakeholders, Hangers-On, and Copycats: The Russian Right in Berlin in 1933 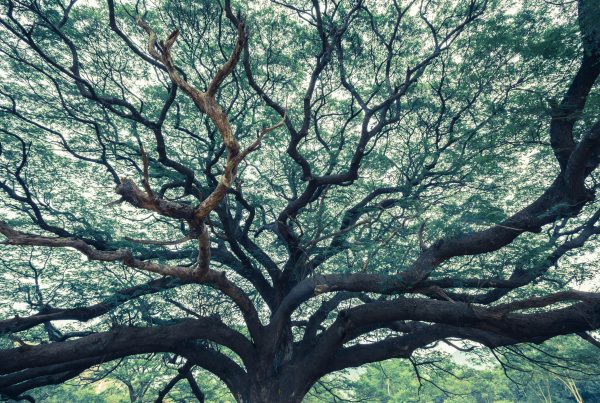 The Family Tree of Illiberalism: Lineages and Alignments 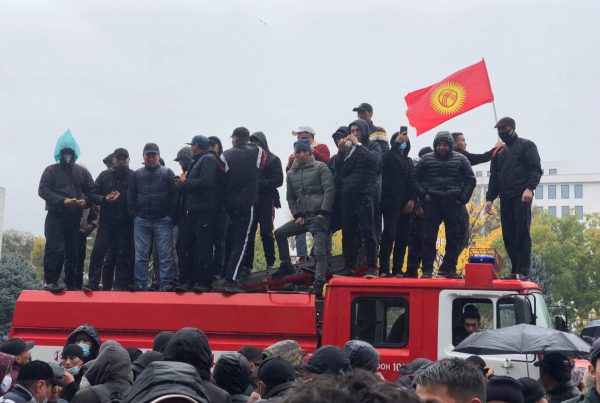