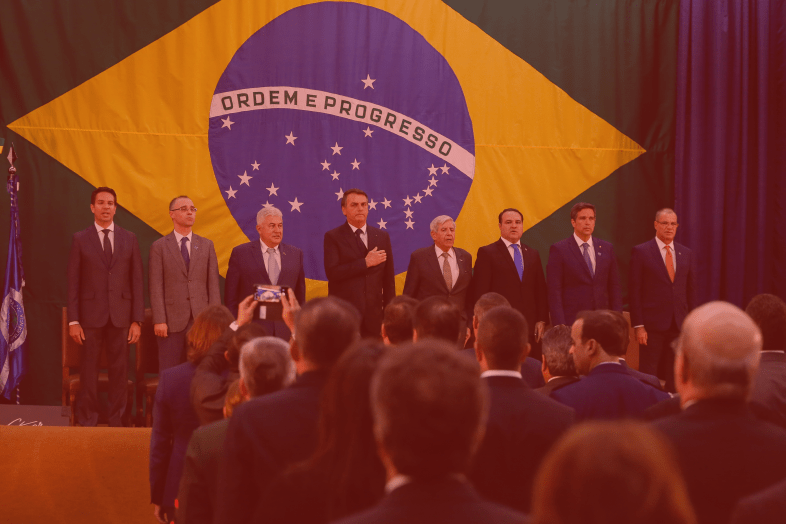 Photo: “11/07/2019 Solenidade de Posse do Diretor-Geral da ABIN, Alexandre Ramagem“, by Palácio do Planalto licensed under CC BY 2.0. Hue modified from the original

This book provides a broad-ranging analysis of the global resurgence of right-wing forces in the twenty-first century.

These parties, organisations and social movements represent a break from right-wing forces in interwar political history in Europe and the United States, and the right-wing dictatorships in Latin America. The book reflects on the most appropriate conceptual categories to account for this phenomenon and whether terms such as populism, fascism, authoritarianism or conservatism can explain the new manifestations of the right. The book also explores this through a range of national case studies written by country specialists, focusing on Austria, Italy, Spain, Argentina, Brazil, Ecuador and the United States of America.

Providing a much-needed global perspective, this book will be of considerable interest to students and scholars of populism, fascism, right-wing extremism and conservatism.