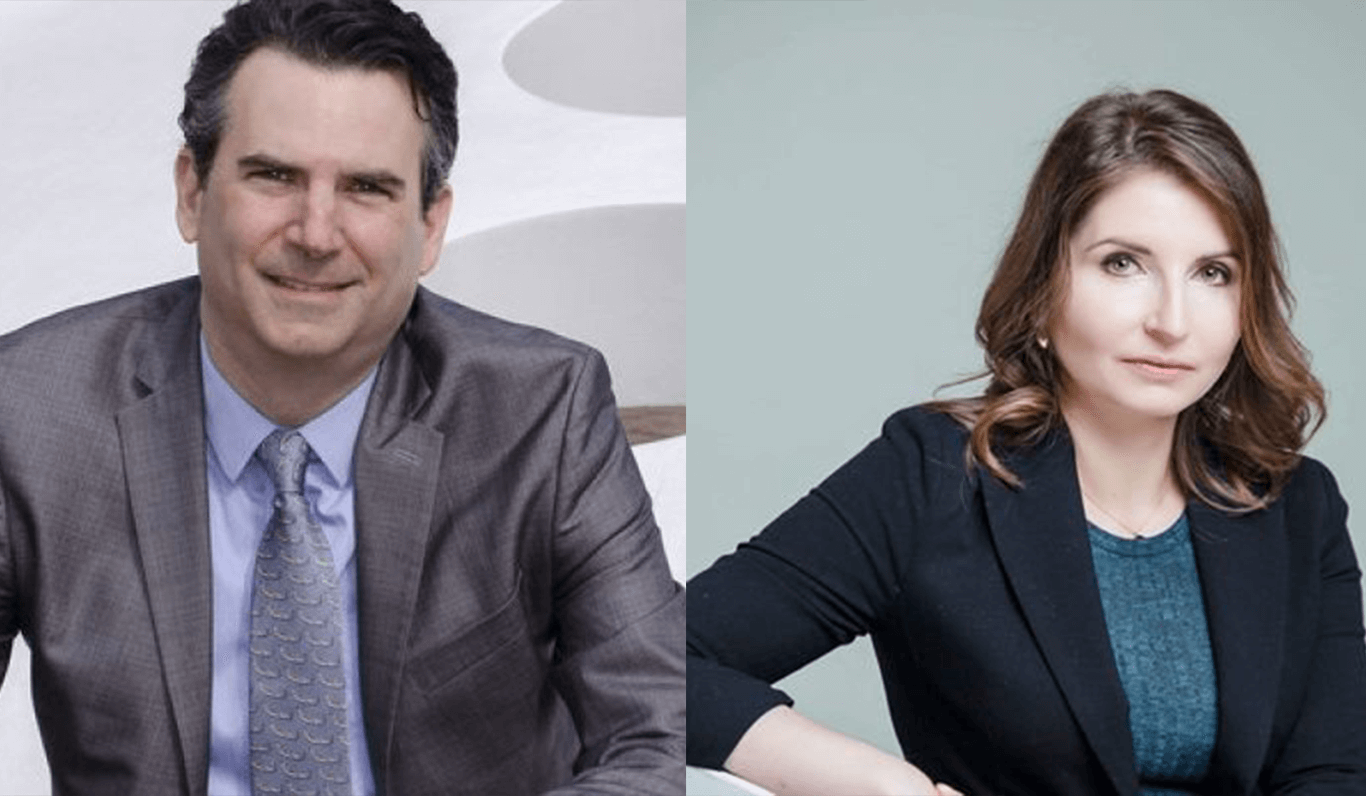 Mitchell A. Orenstein and Maria Snegovaya on the political economy of populism in Central Europe

You have been working, both together and individually, on the political economy of populism. Could you tell us why you think this understudied aspect of populism is key to understanding the rise of populist movements?

Thanks for inviting us to Agora. We have both been working separately on the issue of why voters in Central and Eastern Europe support populist parties and we have both been skeptical of the usual reasons given. The great scholars Inglehart and Norris developed a “cultural backlash” argument that says that populists have benefited from widespread cultural backlash against globalization. While that is surely true, we believe that the cultural arguments play down some of the political economy factors.

First, neoliberal economic policies have dominated policymaking in most countries worldwide since about 1980, leading to major shifts in the global income distribution and rising inequality in many countries. No region has been more affected by this trend than Central and Eastern Europe, which emerged from communism in 1989, quickly adopted a wide range of liberalizing reforms, and (in many countries) suffered a massive transitional recession—the largest in modern history, dwarfing the Great Depression of the 1930s. We can draw a direct line from the rejection of neoliberal globalization to electoral support for populist right parties.

In particular, we show that populist right parties in Central and Eastern Europe boost social spending in an effort to get votes. And it works. We are currently writing a paper together that uses some new data and approaches to demonstrate that the pro-social economic policies of some populist right parties can be an effective electoral approach.

One additional reason why the focus on the economy is important is that one popular explanation for the rise of populism—the refugee crisis—is less salient in post-communist Europe. Many populist parties—like Fidesz and Jobbik in Hungary, and the Law and Justice Party in Poland—became electorally successful in the region long before the immigration crisis erupted in Europe. However, a significant share of scholarship on the region focuses primarily on cultural explanations and does not explore the economic dimension of the story.

In that case, can we articulate the rise of rightist populist movements with the global decline of the left? If so, do you think the new emerging left (SYRIZA in Greece, Five Star in Italy, Podemos in Spain, Alexandria Ocasio-Cortez in the US, etc.) could recapture its traditional audience and deprive the populist right of its electoral support?

Maria’s previous work linked the decline of the social democratic left to the rise of right populist movements. The key argument, in an article written with Sheri Berman, was that many left parties in Europe went along with neoliberalism. They bought into the idea that globalization was inevitable and that increasing competitive pressures meant they would have to relinquish large parts of the welfare state and fight for national competitiveness using neoliberal policies. In essence, the left abandoned a large part of its working-class constituency. Populist right parties saw an opportunity to pick up working-class voters by supporting more generous social policy, often with a pro-family or nationalist slant.

In the post-communist context, the effect of left rebranding was more pronounced because the working-class groups that were primarily hurt by neoliberal policies constituted a significantly larger share of the electorates of postcommunist countries than they did of the electorates of Western Europe. Thus, this move opened up a larger share of electorates to mobilization by the populist right. This drift to the right was reinforced by the lower institutionalization of postcommunist systems and the weaker party attachments of voters in such polities.

We do think that left parties can regain traditional working-class support, but they will need to break from their previous policy stances and embrace a dynamic new vision of what a socialist or social democratic policy regime might look like. Populists have shaken up the right-left binary, and liberal and left parties need to take note. In our view, while it will be impossible for the left to out-xenophobe the right, it should be possible to regain a comparative advantage on welfare-state issues.

What are the differences and similarities in populist economic policies in Western and Central/Eastern Europe, especially in terms of redistributive programs?

Central and Eastern Europe has proven to be an innovator in populist economic policies. The generous welfare measures of Law and Justice in Poland have convinced many people to vote for the party even if they dislike the conservative policies that come with it: abortion restrictions, attacks on the rule of law, Euroscepticism, and attempts to control the media space. These policies are widely unpopular and yet Law and Justice rules. Why? Because Polish voters see the need for the social policies Law and Justice started, most notably the generous family benefit program (Family 500+), but also many others. Orbán’s Hungary inherited a more generous welfare state but has likewise pioneered an aggressively nationalist and authoritarian form of populism that includes social care as a core element. He advocates family formation and larger families as a way of fighting immigration.

While Poland and Hungary seem the leaders in Europe, the same sorts of trends are also visible in Western Europe. Many Western European welfare states have adopted “welfare chauvinism,” increasingly restricting welfare benefits to nationals rather than foreigners—even EU foreigners. Far-right parties like FPÖ in Austria, which previously supported neoliberalism, have sought to recast themselves as the defender of the common man, including by supporting the welfare state.

How would you compare Central/Eastern European populism and the Putin regime in Russia? Is there a similar “strong state/redistribution mechanisms” pattern in place in Russia?

Similarities definitely exist. Putin was in many ways the model for the rebirth of a conservative European authoritarianism and nationalism. He showed that liberal democracy was not the only way and that the economy could do quite well under stronger state control. Formulated in 2004 by Vladislav Surkov, a close aide to Russian president Vladimir Putin, the concept of “sovereign democracy” was designed to provide democratic window-dressing for a political system that did not meet democratic standards. In Poland, the PiS government and its defenders invoked a Russian-style narrative of “sovereign democracy” to defend the dismantling of democratic institutions. The concept of “illiberal democracy” suggested by Viktor Orbán in Hungary can also largely be interpreted as a variant of Surkov’s sovereign democracy.

Much like in Hungary and Poland, the conservative backlash against liberalism started to emerge in Russia as social groups that found themselves on the losing side of the transition throughout the 1990s consolidated and strengthened. In Russia, dissatisfaction with the transition and post-Soviet nostalgia accelerated dramatically after the 1998 financial crisis. Putin built an electoral coalition that to a significant degree relied on social groups that missed out in the 1990s and suffered the most from the dissolution of the Soviet Union. This dynamic echoes patterns of incorporation of transition losers in coalitions of populist right parties in postcommunist Europe.

However, the sanctions Russia has labored under due to the invasion of Ukraine, combined with lower energy prices and the economic inefficiencies of the system Putin has built in Russia, have undermined Putin’s economic performance at home and reduced his ability to spread the wealth. This poor economic performance has limited the extent to which the Russian president is seen as a model. Hungary maintains close relations with Russia, but the Polish populists seem quite concerned.

Let’s move now toward some discussion of concepts. The existing literature has been particularly creative in trying to name the phenomenon you are studying. Should we call this trend a form of economic nationalism, a conservative developmentalist statism, an authoritarian neoliberalism?

Labels in social science are always problematic. We study social phenomena and therefore we cannot control how these labels and concepts are used in everyday political discourse. This puts pressure on the categories we work with. In our joint work, we use the term “populist radical right parties.” That is an accurate reflection of the parties we are studying. But several of the terms you mention might work. These populist right parties are certainly economic nationalists. They are also very similar to traditional European conservatives (think Bismarck) in that they are anti-democratic, traditionalist, and nationalist. We see these as reactions to neoliberalism, whether it was imposed in a democratic or authoritarian manner. Neoliberalism was certainly enforced in Central and Eastern Europe by the international financial institutions, which policed and sanctioned any deviations.

Our Program is called the Illiberalism Studies Program. Do you think the term “illiberalism” adds heuristic value compared to “populism” or do you see it as too limited or biased?

We do think that the term “illiberalism” works. Some say that it underplays the danger of right populism. But descriptively, it points very effectively to three important aspects: the right populists’ opposition to political liberalism (democracy, rule of law), economic liberalism(neoliberalism), and cultural liberalism (gay, women’s, and minority rights). So we do think it is fair to say that Europe’s new authoritarian conservatives are illiberal—and that populists are illiberal.

Mitchell A. Orenstein is Professor and Chair of Russian and East European Studies at University of Pennsylvania and Senior Fellow at the Foreign Policy Research Institute. He is the author most recently of “Work, Family, Fatherland: The Political Economy of Populism in Central and Eastern Europe,” (with Bojan Bugaric) in Journal of European Public Policy and From Triumph to Crisis: Neoliberal Economic Reform in Postcommunist Countries (Cambridge University Press, 2018) (with Hilary Appel).  From Triumph to Crisis puts forward a new theory, based on “competitive signaling,”  that explains why Central and East European countries continued to adopt waves of neoliberal economic reforms for nearly twenty years, long after they had lost popularity among voters.

Maria Snegovaya (Ph.D., Columbia University) is an IERES Visiting Scholar at George Washington University, a PPE postdoctoral scholar at Virginia Tech and a Fellow at Center for European Policy Analysis. She is a comparative politics, international relations, and statistical methods specialist. Her research interests include party politics, political behavior, political economy and political sociology. The key focus of her research is democratic backsliding in Eastern Europe, as well as Russia’s domestic and foreign policy. Her research results and analysis have appeared in policy and peer-reviewed journals, including Journal of Democracy, Democratization, Post-Soviet Affairs and the Washington Post‘s political science blog the Monkey Cage. Her research has been referenced in publications such as the New York Times, Bloomberg, the Economist, and Foreign Policy. 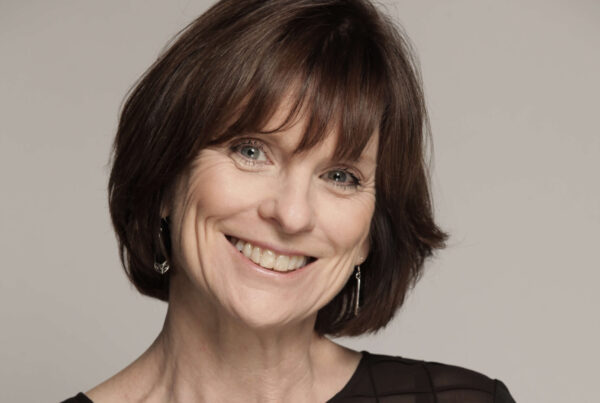 Paris Aslanidis on populism as a collective action frame 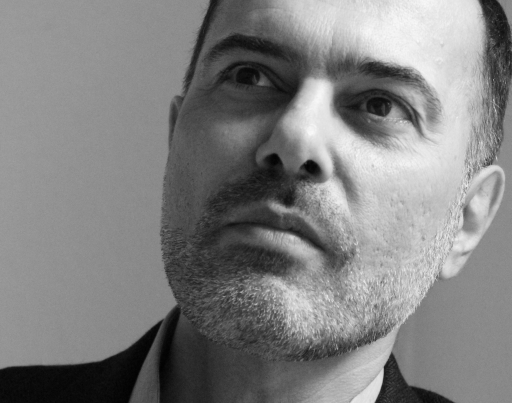