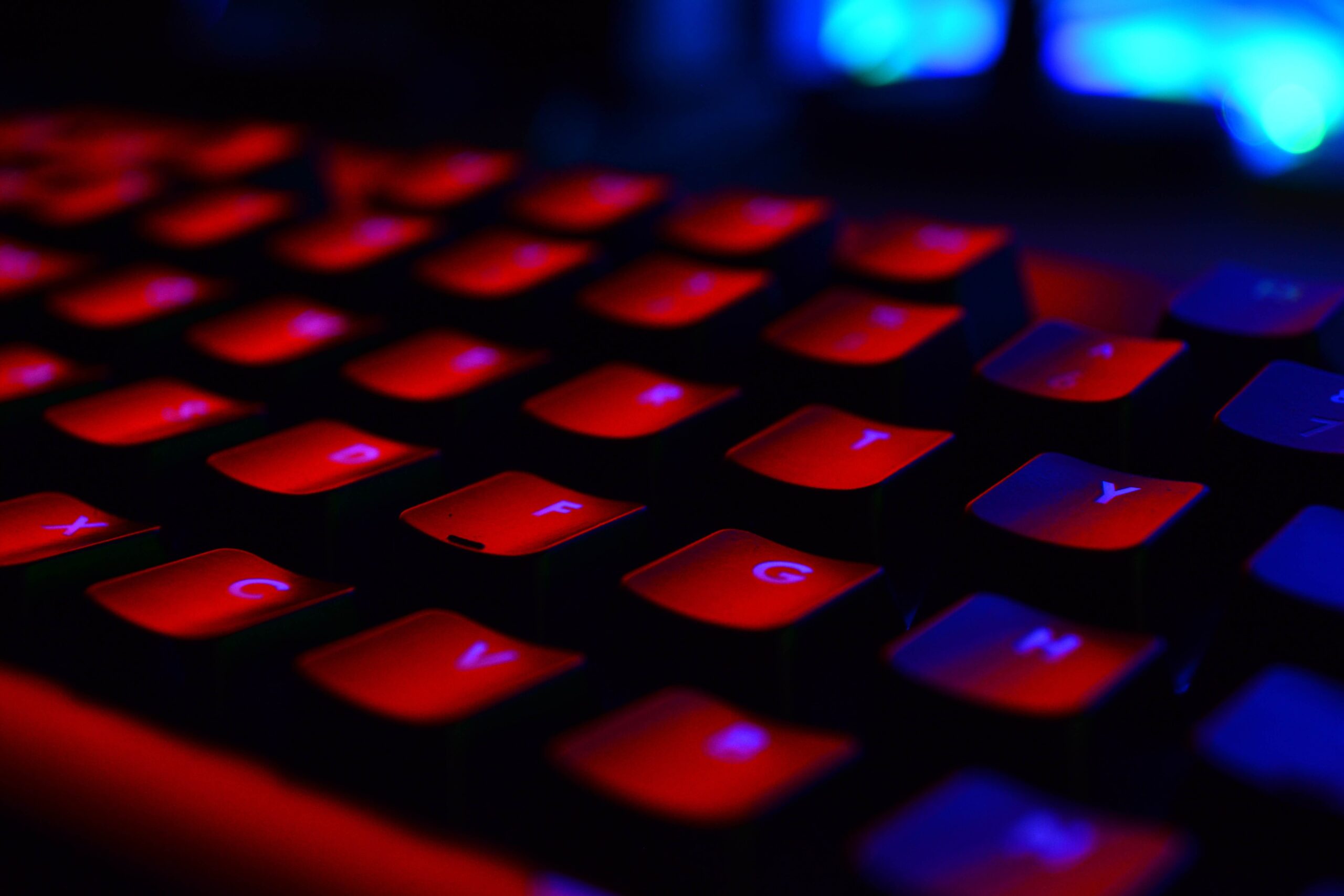 Violent Misogyny and Online Troll Culture of the Far-Right

By Grant A. SilvermanNovember 23, 2021No Comments

Humor plays a central role in mainstreaming violent misogyny and far-right ideologies generally; understanding how far-right extremists can use humor and, specifically, image-based memes, is thus a critical component of understanding the nature of the contemporary far-right.

One figure at the center of misogynistic troll culture is Australian-native Tor Gustafsson Brooks, who goes by Catboy Kami online. The screenname alone speaks to an absurdity that can only be born online, but it is exactly the absurdity of online culture that feeds into the ironic-not-so-ironic far-right humor. The cultivation and curation of space and identity is an essential part of far-right culture online and the semi-porous border of far-right corners of the internet allow for potentially anyone to access the material of content creators such as Catboy Kami/Brooks. Such a semi-porous border creates an imagined community beyond anything that Benedict Anderson could have dreamed of in his 1983 book, Imagined Communities. By centering discourse along virulently misogynistic and antisemitic lines online commentators of the far-right can paint very clear “us vs. them” pictures delineating the boundary between the in-group and the rest of society. In addition to being a tool, the distress that violent humor and rhetoric causes average members of society is thus a form of entertainment in and of itself.

Misogynistic language is used as a recruiting and radicalizing tool, and the prevalence of keywords in online chat logs from Telegram reveals the degree to which rape culture is normalized and even celebrated, is evident from the amount of chatter that involves sexual violence. In an examination of seventy-three English-language channels on Telegram, there were more than 85,000 instances of sexist hate speech recorded. Among those messages, one of the most common words used was “rape.”  The numbers reveal the centrality of the perception of male victimization as a primary motivation for their participation in far-right ideology and activism. By positioning themselves as victims, members of the in-group can justify their toxic rhetoric as a way of “fighting back”.

The twin outgroups targeted by misogyny and antisemitism are ideal targets for far-right ire online. They are both groups with long histories of being targeted by the far right and for similar reasons. Both have a capacious ability to take on any number of traits that the author of a joke or meme wants to assign it. By positioning white men at the center of a supposedly nefarious plot organized by cabals of Jews and feminists, those on the far-right wishing to bring new members into the fold can simultaneously exploit the biases against both Jews and women to further radicalize recruits in both directions. As the far-right seeks to subjugate women for the perceived material benefits of doing so, often under the guise of benign sexism, the incremental gains by doing so would further the far-right’s policy program. The same logic can be seen in the use of humor and memes in recruiting new members to far-right organizations. Trolling, as championed by figures such as Milo Yiannapoulos, helps mainstream the far-right’s message. The softer edge enabled by humor allows members of the far-right to advance their views that, while undeniably offensive, are in a form that is more palatable to a wider audience.

Despite the widespread derision of identity politics on the right, identity is critically important on the far-right for establishing online communities. By aligning themselves with particularly toxic elements of the manosphere, the far-right can find like-minded associates who feel similar senses of identity-based estrangement. The alienation that some men feel comes, in part, because of the seismic shifts in our economy and society over the past 25 years and it is important to recognize that suffering as genuine to understand how women are targeted in both word and deed by far-right actors on and offline.  When the opportunity presents itself to blame an outside group for the misery felt by a perceived in-group it is often politically advantageous to do so. In this way the manosphere is intrinsically linked to the politics of the far right where a strong sense of victimization undergirds the ideology of far-right groups. The illiberal outcomes sought by participants in the manosphere as well as the far-right more importantly can be gleaned from the violent humor and rhetoric used by regressive actors online.

The ability to find validation among fellow members of the far-right online is among the chief advantages that the internet has provided. Additionally, memes and troll humor are both punchy, and often esoteric forms of communication, with which those in the know can telegraph a great deal of information while simultaneously appearing unserious to those on the outside. Thus, the power of troll humor, not just for the far right but for all global movements, is beneficial in several important and layered ways.

The use of the specific brand of humor common online combined with regressive views on women’s rights presents a danger to communities wherever there is a far-right movement or significant engagement in the manosphere. Trolls, weaponizing their discourse, are at the center of the online far-right, and because of social media’s ad-driven business model, there are no incentives for platforms such as Facebook and Twitter to rework their algorithms to prevent the spread of hate speech masquerading as humor. The radicalization of individuals online presents a serious risk, as the threats of violence sometimes carry over into the real world, as we saw in Halle, Saxony-Anhalt or Christchurch, New Zealand in 2019. From this initial engagement through humor, individuals are radicalized by the reactionary world of the online far right.

Identifying the mechanisms by which individuals are radicalized to extremist ideas and the role that troll humor plays in this process is a valuable first step in addressing the issue. Misogynistic, antisemitic, and racist humor is part of a radicalization strategy that sometimes even extremist groups themselves explicitly identify. These extremist communities, often transcending national borders, are an example of the virtual manifestation of a particular brand of illiberal values whose amplification can produce direct and measurable harm. It is important to recognize the role that humor plays in building support for illiberal ideas and reproducing extremist behavior and we should work to address both the ease with which this process is repeated along with the root causes of why individuals may be attracted to or even seek out such humor and communities.

Hodge, Edwin, and Helga Hallgrimsdottir. “Networks of Hate: The Alt-Right, ‘Troll Culture’, and the Cultural Geography of Social Movement Spaces Online.” Journal of borderlands studies 35, no. 4 (2020): 563–580.

Grant A. Silverman is a master’s student at George Washington University’s Elliott School of International Affairs where he studies the nexus of disinformation, hate speech, and political violence. 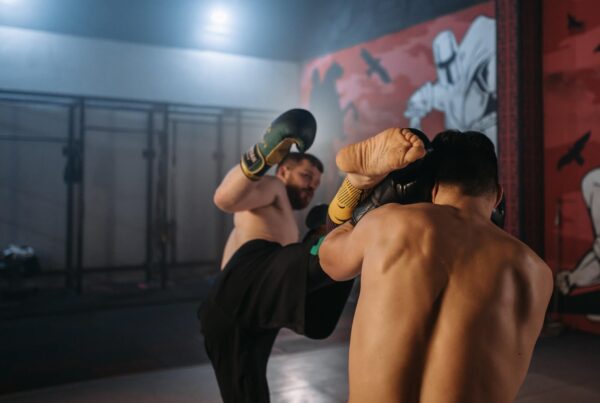 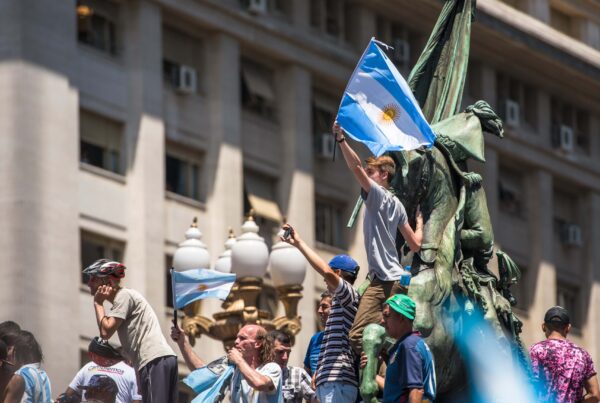 Libertarian and/or Populist Right? A New Actor at the Argentinian Parliament 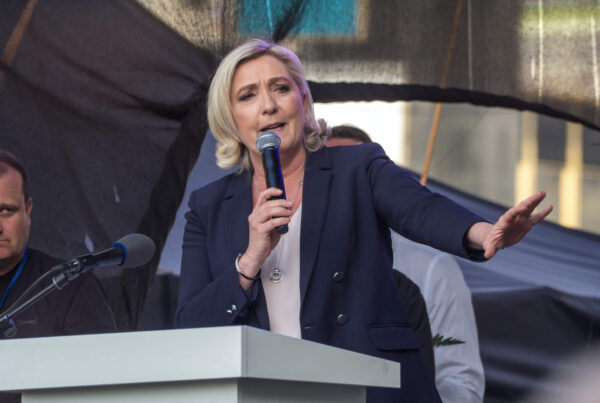